GreenWorld Partners is all about facilitating change through imagination and innovation. At this very moment somewhere there is an inventor who has been driven by an IDEA to create something better at something that exceeds the performance of all prior IDEAS. And that inventor stays up late in the lab or garage inspired by the need to make this IDEA real. They can’t stop thinking of ways to improve the IDEA.

GreenWorld Partners seeks out these innovators and collaborates with them to bring their ideas to the market. Whether it is keeping a watchful eye at International Trade Conferences, scouring daily Industry Newsletters or following up on a lead inspired by a business associate, GreenWorld endeavors to offer the Best-in-Class to a fast changing Renewable Energy landscape. 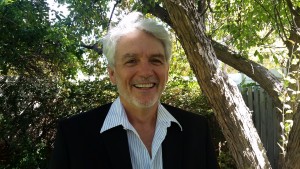 Mr. Stinchfield has been involved with Renewable/Sustainable Energy for over 35 years having conducted business in all 50 United States, Canada, the Caribbean, Mexico and abroad. As President of GreenWorld Partners, Rhyno’s primary focus has been on innovative technologies in wind, solar, biomass, battery-storage and energy efficiency. He has consulted with companies such as Juhl Energy, Energy Northwest, Acuity Power Group, Quad-Lock Building Systems and Taisei Wind Turbines. He has managed teams that presented first-class displays in conferences with over 100,000 attendees and developed extensive contractor installation training programs along with American Institute of Architects Continuing Education programs. 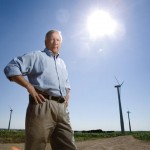 Mr. Juhl has pioneered conservation and renewable energy technologies for over 35 years. During his tenure in the wind industry, Dan’s activities have covered every aspect of the technology including R&D, design, manufacturing, development, installation, and O&M. By many in the industry Dan is known as the Father of Distributed Generation in the wind power industry.

He has also been instrumental in helping to form public policy by working with legislators and regulators on the workings and benefits of utilizing renewables in the energy mix, and is considered to be one of the nations’ leading experts on wind technology and community owned renewable distributive generation. Dan has developed 1,500 MW of wind generation in his 30 years of experience in the field. He has been a consultant to Edison Capital, Johnson Controls, John Deere Capital, Nordex Turbines, Suzlon Turbine Manufacturing, Nebraska Power and Excel Energy. He has appeared before numerous state and federal governmental bodies advocating wind power and community-based energy development on behalf of landowners, farmers, and ranchers. Dan also wrote the popular wind energy reference guidebook Harvesting Wind Energy as a Cash Crop. 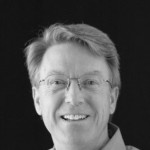 Mr. Holtz has been at the forefront of architectural and energy research, development and design consulting since 1972. He has been associated with the National Renewable Energy Laboratory (NREL) as Chief of the Building Systems Research Branch, and as Acting Director of the Buildings Division; the AIA Research Corporation as Director of Solar Energy Programs; the National Institute for Standards and Technology (formerly National Bureau of Standards) as a research architect; and, since 1976, his own architectural practice.

Mr. Holtz possesses broad experience in architectural and energy design and research. He is a registered architect in Washington, D.C., Colorado and Tennessee, and is a holder of a National Council of Architectural Registration Board certificate. He is a member and Fellow of the American Institute of Architects (AIA), the Northern Colorado Chapter of AIA where he served on the Board, the National Committee on the Environment of AIA, the Association of Energy Service Professionals, the U.S. Green Building Council, The American Solar Energy Society, and the International Solar Energy Society. He was a founding member of the Home Energy Rating Systems Council and served on its standing Technical Committee, responsible for developing the national HERS Guidelines. He now serves as a Board Member of RESNET: a national Home Energy Rating Industry Association; Board Member of RLW Analytics, a leading utility consulting firm specializing in DSM program evaluation; and an elected member of the U.S. Green Building Council’s Research Committee. He has designed or consulted in the design of hundreds of residential, commercial, and institutional buildings, including numerous energy conserving, sustainable buildings.

For his accomplishments in the field of energy and architecture, Mr. Holtz received the 1983 Distinguished Alumni Award from Ball State University and in 2001 received the Distinguished Alumnus Award from the Ball State University College of Architecture and Planning Alumni Society. Mr. Holtz is a Fellow of the American Institute of Architects and a Fellow of the American Solar Energy Society. He has managed a professional staff of over 100 with an annual operating budget of over $15M dollars. 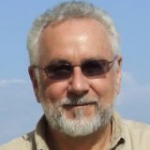 Mr. Gannon has spent over forty years creating and growing companies in diverse fields, including technology, software development, AI, Internet commerce, financial services, and real estate. Gary played a key role in developing the internationally accepted data language and related global consortium called eXtensible Business Reporting Language (XBRL), a meta-language based on XML for describing business information, which has become a Global Standard, adopted by the European Union, the (US) FDIC and SEC (among others), and most of the world’s developed nations. He co-founded UBmatrix, a world leader in XBRL-based software and data exchange. Mr. Gannon serves as an International Advisory Board Member for the United Nations Global Compact Cities Programme which focuses on helping solve complex urban problems throughout the world.

Currently, Mr. Gannon operates sciGaia, a company that builds core technology to support people across the globe who collaborate, innovate, create, and manage solutions for the world’s most pressing problems. sciGaia recently launched a project to measure the Wealth of Montana and provide multi stakeholder policy decision-making tools using wealth accounting, a methodology that takes full account of social, environmental, economic, and human variables. Mr. Gannon serves on the Board of Advisors for the Craighead Institute. In 2011, Gary became the inaugural Entrepreneur in Residence at Montana State University. 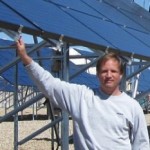 Robert’s previous experience includes finance and management for global technology acquisition and services companies in IT and as an account auditor in Telecom, with significant experience in high-growth environments including business development and strategic planning. Robert has worked for BellSouth’s mobile communications division, ENTEX IT Services, and Siemens Business Services.

Mr. Lockhart received his MBA and BA from Boston University, and holds certificates in design and installation of grid-tied solar PV and battery-based PV systems from SEI, design, installation and maintenance of small wind turbines from Southwest Windpower, and certificate in DIALux lighting design. Additional education includes numerous seminars and trainings in renewable energy project finance and in energy management. Robert is also a Corresponding Member of the E-Merge Alliance and is a member of the REBus Alliance.